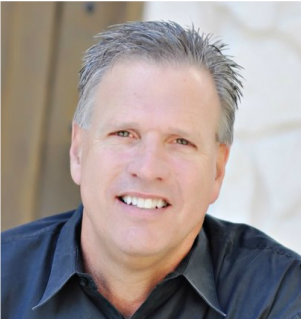 ﻿John Meador was called to First Euless in August of 2006. He previously pastored in Oklahoma, Texas and Tennessee.  Passionately committed to modern expository preaching (creative verse by verse preaching), he believes life transformation takes place through the Word itself. John leads First Euless to be a church of the Scriptures, to be dependent upon the sufficiency of Jesus Christ and dedicated to developing fully mature followers both locally and globally.
He and his wife, Kim, have six children and have been married over 30 years. John and his wife Kim have been married for over 35 years. They have 6 children, 3 of which are in college. In his free time, John enjoys restoring furniture with Kim and working on his old 4×4 pickup truck. Past﻿or John Meador was invited to preach the Convention Sermon at the Southern Baptist Convention Annual Meeting in Baltimore this past year.
He is passionate about the Word of God and committed to teaching it creatively because he loves to watch it transform lives. Under his leadership, First Euless has become an intergene﻿rational, multi-ethnic and mission-focused ﻿church. His heart and vision have shaped a church that reaches into the community through ministries like 6 Stones and a church that reaches out all over the world impacting nations such as Cuba, Columbia, and India. He believes those armed with the Gospel leave a lasting mark, and challenges everyone he leads to be a world changer by that standard.

Part of John’s story is born out of adversity. As a small child, he remembers feeling different from other children. He could not speak clearly, and felt uncertain about his future. John is profoundly deaf due to a fever and illness at age 6; the hearing loss, irreversible. If given the opportunity to regain hearing today, John believes he would not change his circumstances. He has watched God turn his disappointments into hope and purpose and knows God doesn’t make mistakes. He believes “[You] can do all things through Christ who gives [you] strength.” Though John does not hear his own voice, he preaches to thousands every week.
null